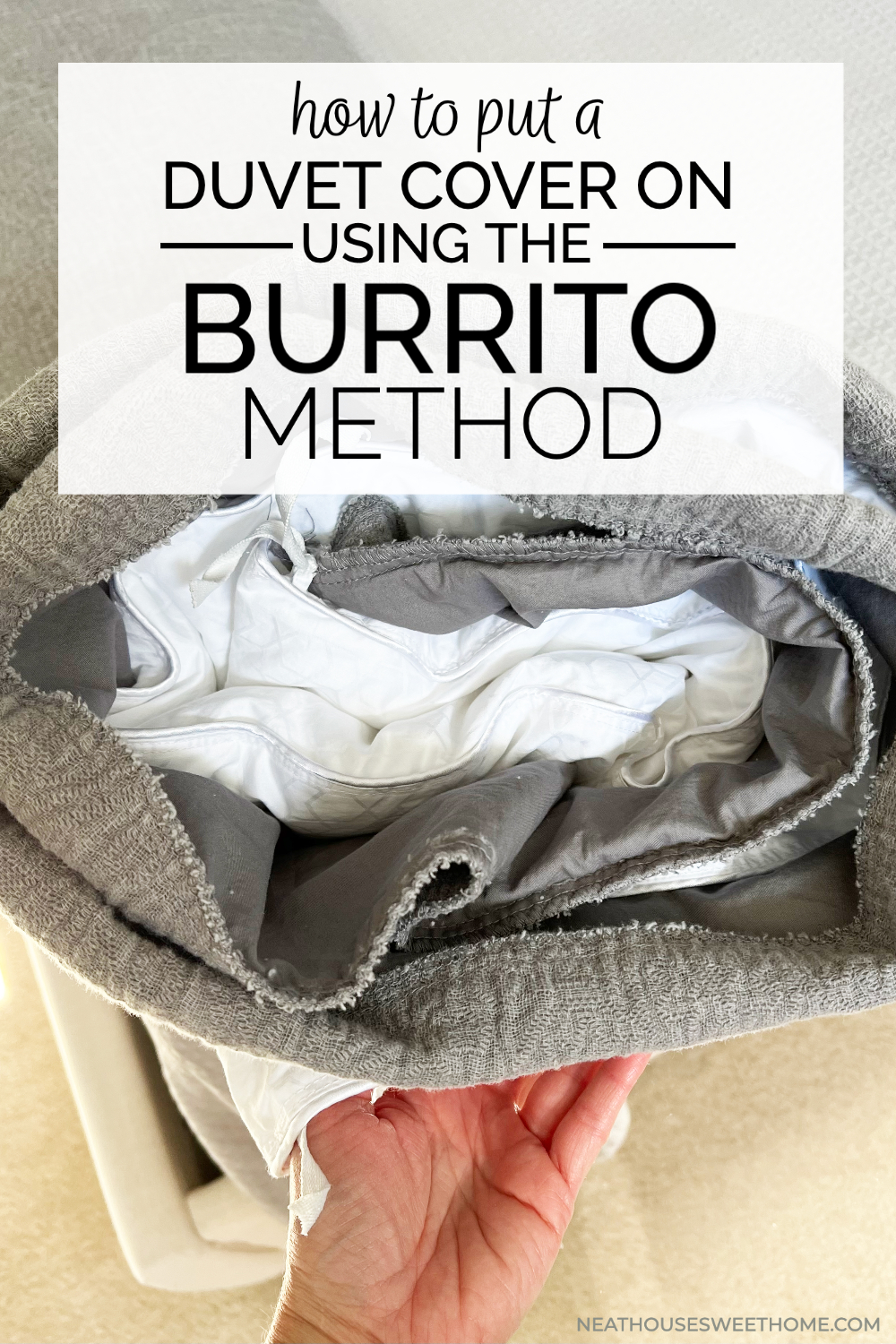 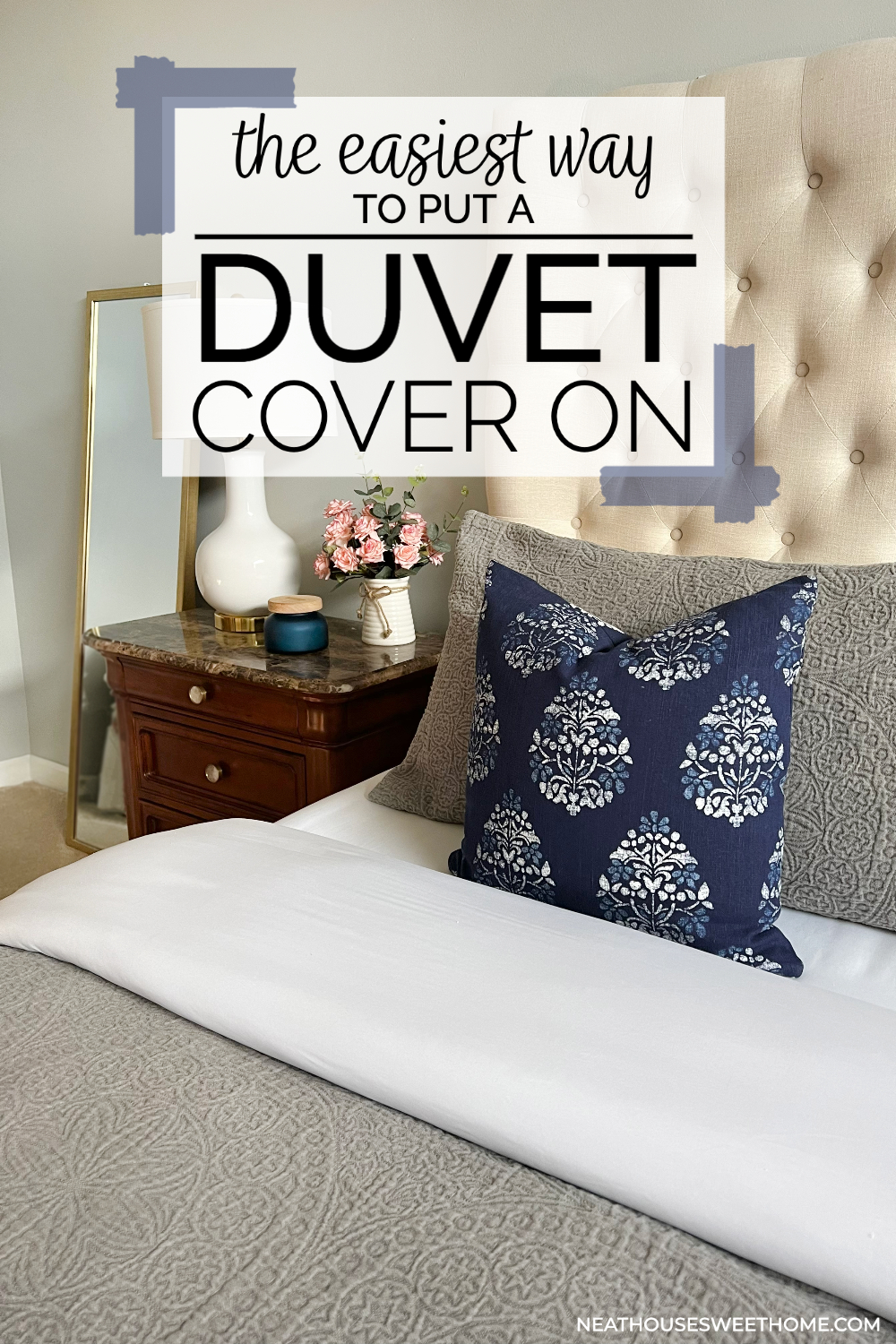 How to Put a Duvet Cover On By Yourself

I didn’t think I would write a tutorial on how to put a duvet cover on. But if you haven’t seen this method – known as the ‘burrito method’ – I know you will love it. It is an easy way to make your bed fast while looking beautiful and well-presented.

A couple of weeks ago, I washed a new duvet cover I hadn’t used yet. While in the middle of putting the duvet cover on, I thought I would start over and take pictures to show you how easy it is to do it all by yourself. With that said, I took all the pictures with my phone because my DSRL camera had a dead battery. So, the pictures aren’t the best, but I did plenty of editing to help you understand the process.

You might have seen videos captioned something like the ‘burrito method’ to put the duvet cover on. Well, here it is, with many pictures explaining how to wrap and unwrap the ‘burrito.’

1. Lay the Duvet and Down Flat on a Bed

Start with a clean and cleared-out bed. Use the same bed where the duvet goes, as your working surface to start the burrito method. The top of the mattress should be as flat as possible, clear from any pillows and lumpy sheets.

With the edges aligned, and the corners tied, start at the headboard, rolling both pieces of fabric together.

The ends of your ‘burrito’ should look something like the picture below. It looks more like a cinnamon roll to me, with a layer of dough (down comforter) and a layer of cinnamon sugar (gray duvet cover).

3. Pull Out the Down Comforter

4. Turn the Duvet Cover Right-Side Out

5. Fluff and Smooth Out Wrinkles

Once you turn the duvet cover right-side out, it will look wrinkled and slightly disaligned. Grab the duvet by the side edges and shake it/fluff it. This is where tying the corners comes in handy, so the down comforter stays in place when you shake it.

Now, for the final part: styling your bed. A bed well-made brings order to any room! If you are not part of the ‘bed makers’ team yet, I invite you to try it for a week. Making the bed every day is a small task that takes under 5 minutes, and makes a big impact. When you walk into a room with the bed made, you can sense orderliness. Even if there’s stuff still laying around. With a bed made, picking up the rest is easier and attainable.

To style my bed, I simply fold the duvet cover and sheets together, and tuck the edge (where the seams are) underneath the fold.

Then, I place the pillows on each side of the bed (laying flat) and lean over them the decorative pillows.

For your convenience, below is a list of resources. 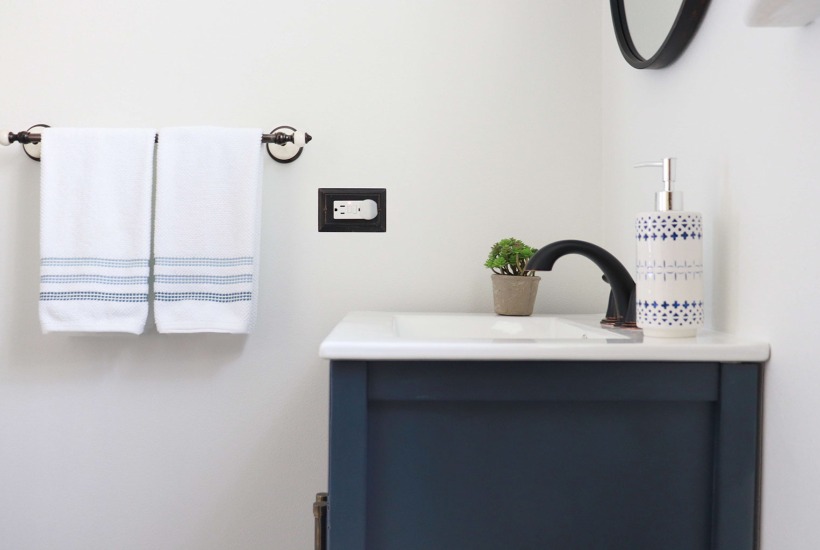 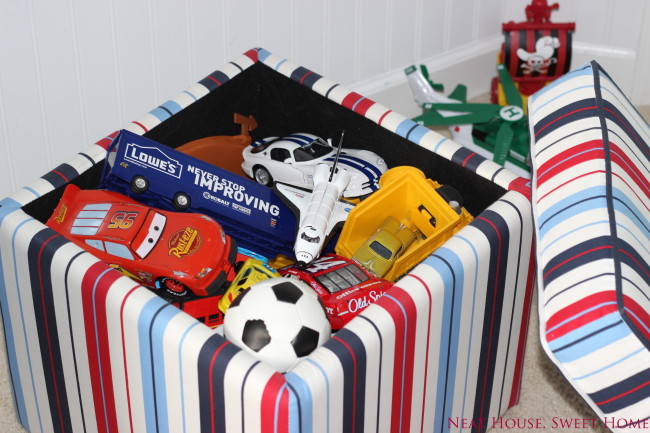 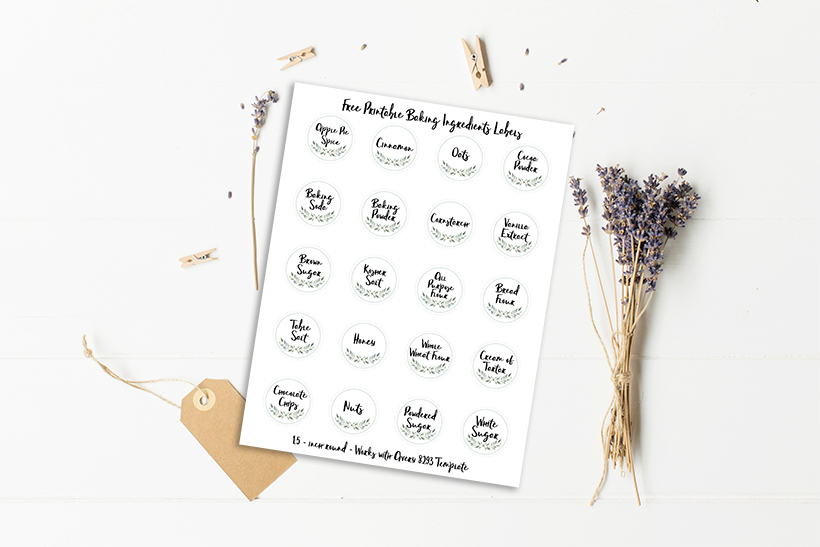 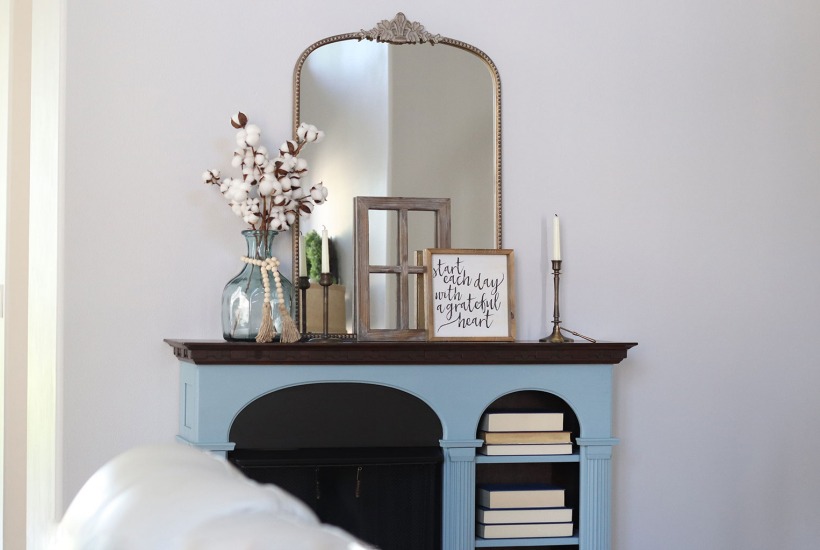 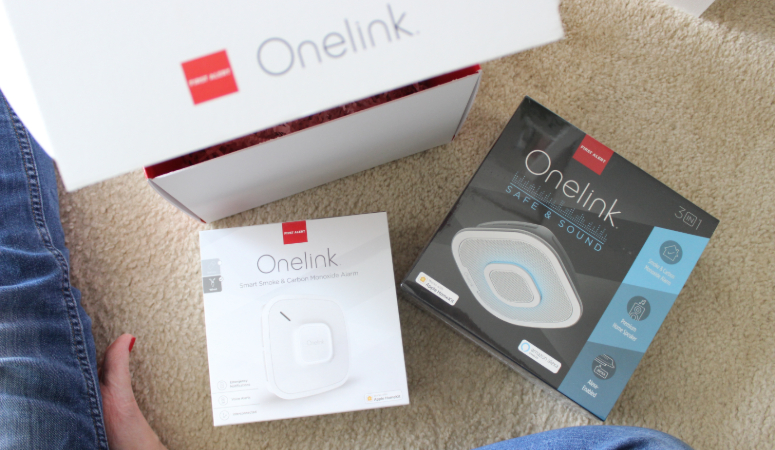 let's chat about all things home!

After years of shuffling things around, I finally cracked the code and developed an organization method that works and systems that stick. So, not only is there a place for everything, but everything stays in place. Always! Pretty neat, right? Read more...

Do You Love Labeling Things?

When Was the Last Time You Cleaned That?

This website uses cookies to improve your experience while you navigate through the website. Out of these, the cookies that are categorized as necessary are stored on your browser as they are essential for the working of basic functionalities of the website. We also use third-party cookies that help us analyze and understand how you use this website. These cookies will be stored in your browser only with your consent. You also have the option to opt-out of these cookies. But opting out of some of these cookies may affect your browsing experience.
Necessary Always Enabled
Necessary cookies are absolutely essential for the website to function properly. This category only includes cookies that ensures basic functionalities and security features of the website. These cookies do not store any personal information.
Non-necessary
Any cookies that may not be particularly necessary for the website to function and is used specifically to collect user personal data via analytics, ads, other embedded contents are termed as non-necessary cookies. It is mandatory to procure user consent prior to running these cookies on your website.
SAVE & ACCEPT