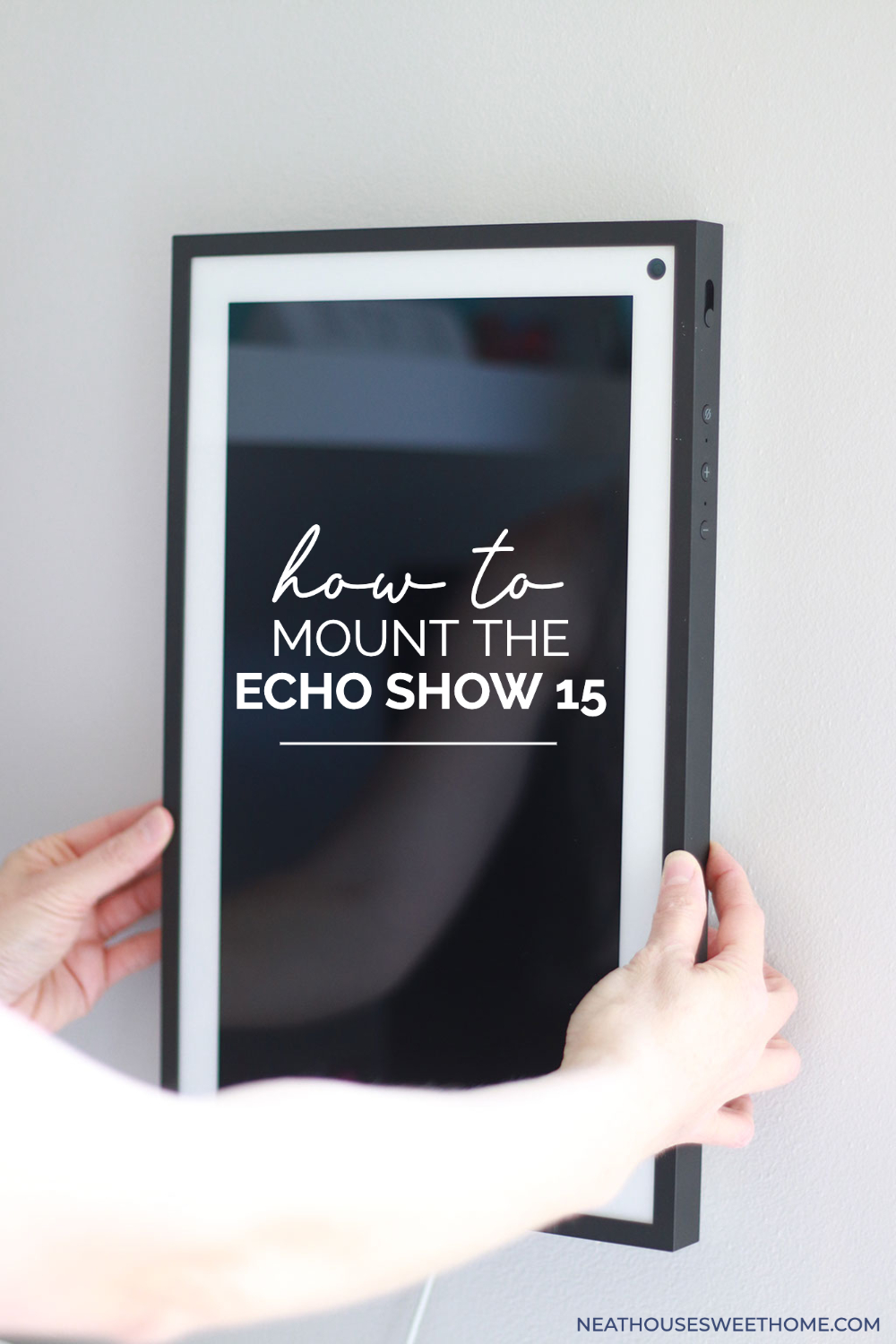 In 2018 I purchased our first Amazon Echo device, an Echo Dot Kids Edition. While it started as a fun gadget for our son, I soon realized that I could take advantage of this virtual assistant’s amazing features. So, in the last 4 years, I’ve purchased a few extra Echo devices and keep upgrading by trading in the older versions. In this post, I will fast-forward to my latest device, an Amazon Echo Show 15. I will show you how to mount the Echo Show 15. Since mounting the Echo Show 15 is a lengthy tutorial, I will share all its features and how I use it in a separate post.

This post contains affiliate links for your convenience. For more information, please read my Affiliates Disclosure.

What is an Amazon Echo Show 15?

For the sake of this post, let’s define an Echo device first.

Amazon Echo is a line of Alexa-enabled devices that allow you to interact with them hands-free. These virtual assistants connect to the cloud-based voice service Amazon Alexa via the internet. Using artificial intelligence (AI), these devices can perform an infinite number of tasks just by listening to voice commands. (Source)

With that said, here’s what the Amazon Echo Show 15 is. The Amazon Echo Show is an Echo device that features a 15-inch touchscreen. So with an Echo Show 15, you interact by voice and can also manually search, input, and customize information. You can also watch movies and videos through built-in apps like Netflix, Prime Video, Fox News, ABC News, NPR, etc.

At the beginning of this post, I mentioned I have a few Echo devices. Specifically, we have one in the kitchen and one in each bedroom, and this Echo Show 15 is mounted on a wall in my office. The Echo devices sync (when they are set up with the same Amazon account), which makes the information accessible to me wherever I am in the house.

But perhaps one of my favorite features of these Echo devices is the ability to drop in or communicate. So, when dinner’s ready, I use my Echo in the kitchen to call my son when he’s in his bedroom upstairs. While some friends make fun of me and tell me that it’s easier to yell, I find my Echo as an opportunity to communicate in a civilized manner. But I will dive deep into all of its features and how I use it in a separate post.

How to Mount the Echo Show 15

Opening the box of your Echo Show 15 could be intimidating. While most Echo devices are plug-and-play, the Echo Show 15 requires tools, hardware, and mounting. Because the Echo Show 15 looks like a picture frame, you can also opt not to mount it and display it on a tilt and swivel stand.

I mounted my Echo Show 15 on my office wall to look at my calendar, to-dos, or shopping list with just a glance while sitting in front of my computer. Here are the steps to show you how to mount the Echo Show 15 on the wall.

What’s in the box?

The Amazon Echo Show 15 box has everything you need to mount it on the wall. These items are a mounting template, mounting plate, screws, and mollies.

Note: When I purchased it (on Amazon Prime Day!), it was suggested I purchase separately an extension cable (pictured over the blue instructions booklet).To err on the side of caution, I did, but I did not use it. The power cable was long enough to reach the outlet.

Here’s what you need to mount the Echo Show 15 on the wall.

Tape the template on the wall at the height and position (horizontal or vertical) you prefer. The Amazon Echo Show 15 template is included in the box and is basically a paper version of the device.

With a pencil, mark the top of the device. Remove the template, and with the level, trace a straight line. Do this to ensure you place the template completely straight.

After tracing the straight line, you can tape the template back on the wall and secure all 4 corners with tape.

With the template in place, put the 5/16-inch drill bit in the power drill and proceed to drill the holes. The template is clearly marked where on the paper you should drill.

At this stage, you can remove the template from the wall. From this point forward, mounting the Echo Show on the wall is easy as pie.

After you drill the holes, it’s time to insert the (supplied) mollies. This step is as easy as slightly tapping them with a hammer.

With mollies inserted, you can proceed to mount the mounting plate on the wall. Switch the bit on the electric drill to the Phillips #2 bit. Secure the plate to the wall.

As mentioned earlier, you can mount the Amazon Echo Show 15 horizontally or vertically. Once the plate is mounted on the wall, you can slide the device vertically or horizontally.

Before sliding the Echo Show over the mounting plate, you need to plug the power cable into the back of the device. Once mounted on the wall, you can’t access the port.

I was so excited to see my new Echo show mounted on the wall that I stopped reading the instructions. So I slid it over the mounting plate and then couldn’t find the port to plug it in. Oops!

But that is the beauty of the mounting plate. You can easily pull the Echo Show off the wall and mount it again in seconds!

Step 6. Slide the Echo Show Over the Mounting Plate

Step 7. Plug in the Power Cable to Wall Outlet

It’s showtime! Plug the other end of the power cable into the electric outlet. Your Echo Show 15 will turn on automatically and guide you through the setup process.

Things to Keep in Mind When Mounting Echo Show

As I finish typing this tutorial on how to mount the Echo Show 15 on the wall, here are a few things I thought you should know.

If you have any questions about mounting the Echo Show 15, I am here to help! 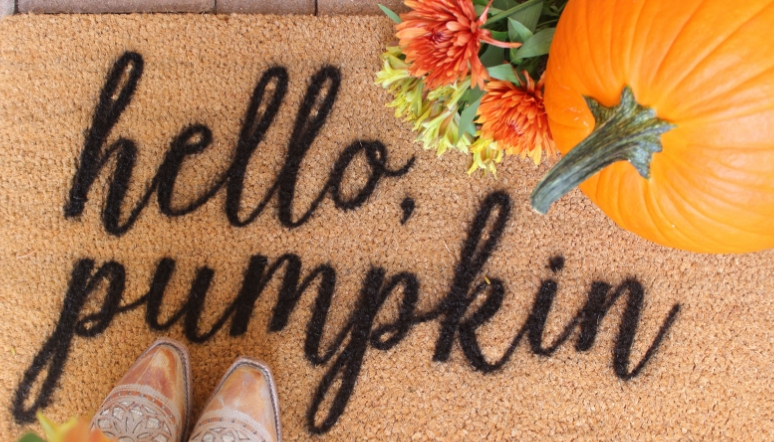 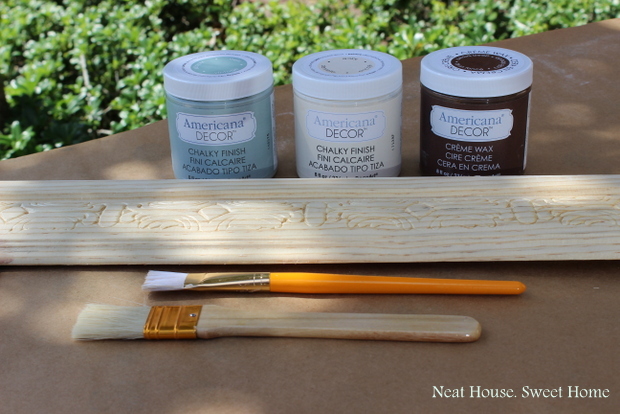 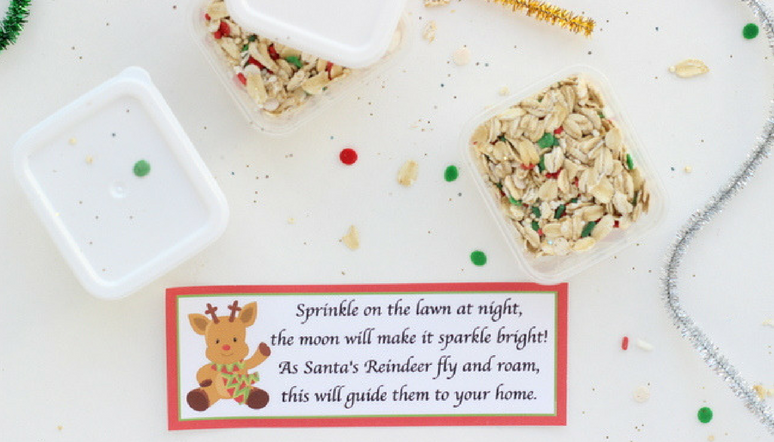 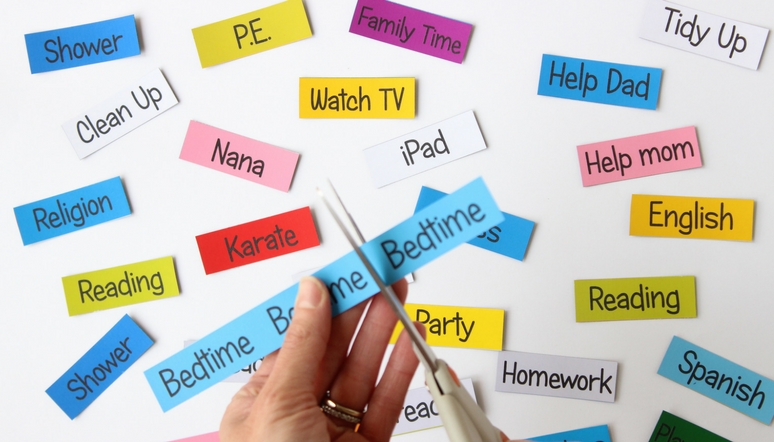 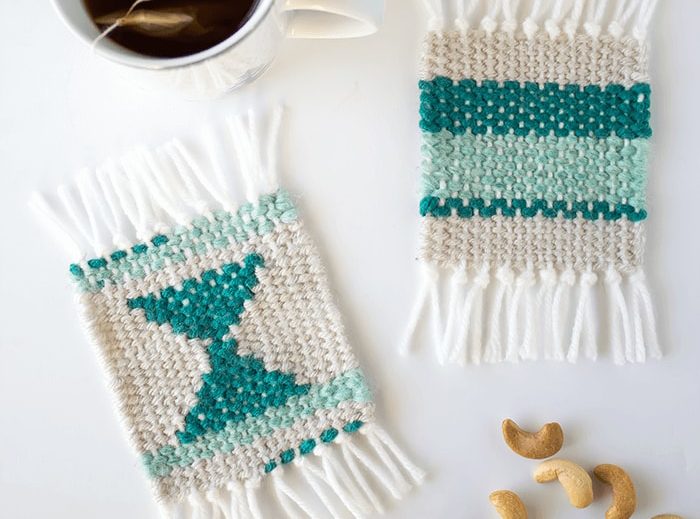 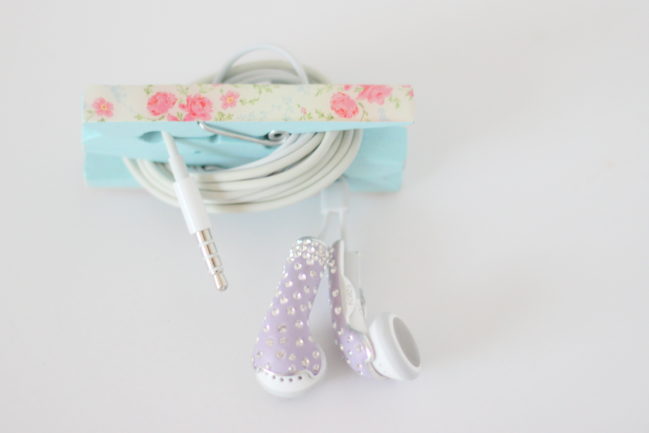 let's chat about all things home!

After years of shuffling things around, I finally cracked the code and developed an organization method that works and systems that stick. So, not only is there a place for everything, but everything stays in place. Always! Pretty neat, right? Read more...

This website uses cookies to improve your experience while you navigate through the website. Out of these, the cookies that are categorized as necessary are stored on your browser as they are essential for the working of basic functionalities of the website. We also use third-party cookies that help us analyze and understand how you use this website. These cookies will be stored in your browser only with your consent. You also have the option to opt-out of these cookies. But opting out of some of these cookies may affect your browsing experience.
Necessary Always Enabled
Necessary cookies are absolutely essential for the website to function properly. This category only includes cookies that ensures basic functionalities and security features of the website. These cookies do not store any personal information.
Non-necessary
Any cookies that may not be particularly necessary for the website to function and is used specifically to collect user personal data via analytics, ads, other embedded contents are termed as non-necessary cookies. It is mandatory to procure user consent prior to running these cookies on your website.
SAVE & ACCEPT